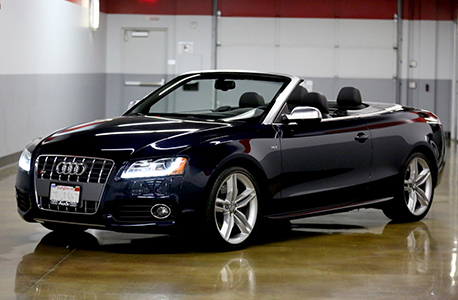 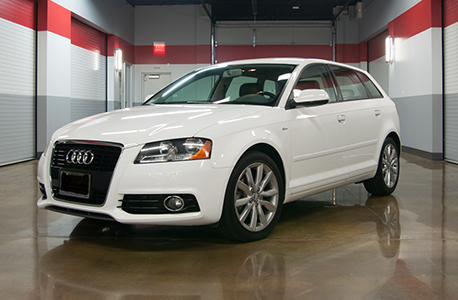 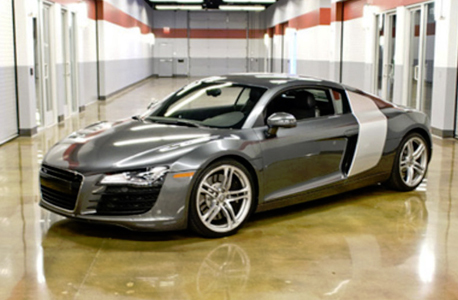 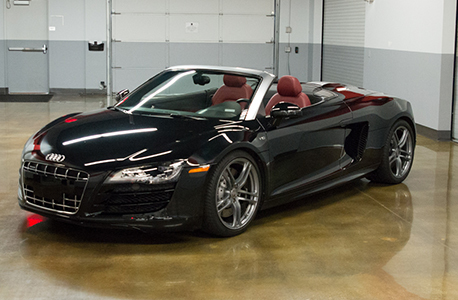 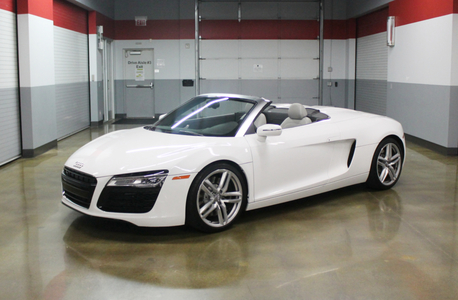 The Bavarian region of Germany is synonymous with world class automobiles and Audi is one of the best in the world. From practical, yet exotic, sports cars like the R8, to smooth grand touring sedans like the S7, Club Sportiva has always been proud to feature fine Audi automobiles. Browse our excellent selection of luxury and exotic cars today and you can be behind the wheel of an Audi tomorrow.

The birth of Audi as we know it is a fairly complex story and involves the lineage of both the name and the famed 4-ring logo. In 1904 a German named August Horch formed a company called August Horch & Cie. Motorwagenwerke AG. This new venture went sideways and Horch left his company and formed another one with a slightly different name - August Horch Automobilwerke GmbH. Even back then the trademark lawyers at his former company took him to court for a trademark violation and the courts ruled that the Horch name, his last name, belonged to his former company. During a meeting to discuss the next venture, Horch's son, while studying Latin in the corner, contributed - "Father–audiatur et altera pars–wouldn't it be a good idea to call it audi instead of horch?" It turns out that "Horch" in German means "hark" or "hear", which translates to "Audi" in the singular form of "audire" or "to listen" in Latin. So in 1910 Audi Automobilwerke GmbH Zwickau was formed. And that's just the story of the name.

The first Audi, dubbed the Audi Type A 10/22 hp Sport-Phaeton was produced that same year; quickly followed up by the, you guessed it, Type B the same year. Rewind briefly back to 1885 and two other automobile companies were formed, specifically Wanderer and NSU. Fast forward back to 1928 and the owner of the Dampf-Kraft-Wagen (DKW) automaker became a majority shareholder in Audiwerke AG, the company's new name. Still with us? Good. They also purchased the remains of the U.S. automobile manufacturer Rickenbacker, which gave them access to machines to make V8 engines. In 1932, Audi merged with former rival Horch, as well as DKW, and Wanderer, to form Auto Union AG, Chemnitz. The four companies retained some independence but when they joined forces to go racing, they used the four ringed logo to symbolize the four corporate entities. Poor sales eventually meant that Audi as a brand disappeared from showrooms for more than two decades.

After WWII, Auto Union re-launched their operations from a town in a West German town in Bavaria called Ingolstadt. In the late 1950s Daimler-Benz took a controlling 87% holding in the Auto Union company, later converting that to 100%, and eventually shuttered the company again due to poor sales. In 1965, some 25 years after it disappeared the company was launched yet again as Audi. This time Volkswagen was the controlling partner, initially owning 50%, and then 100% of Audi holdings and you could start to see how the current structure of modern day Audi was formed. Well that is, after several more mergers and acquisitions. Audi cars of that era were named after their horsepower ratings - Audi 60, 75, 80, Super 90, and eventually the 100.

Concerned with an overly conservative image, a plan was hatched to adapt the four-wheel drive technology in Volkswagen's Iltis military vehicle for use in an Audi performance car and eventually and rally racing car. The legendary Audi Quattro was born. Using a turbocharged engine and permanent all wheel drive pushing power through a center differential, the Quattro became a hit and Audi started to be known for advanced technology and speed.

The 1990s brought a new era focused on taking on BMW and Mercedes-Benz in the luxury market, and the A-lineup was born. From the small A2 to the A4 and A6, Audi became a force in the luxury car world. Trading on decades of racing, their performance lineup of S, and eventually RS cars, brings us to the Audi of today.

Modern Audis, like the ones found in our lineup, still focus on AWD and big turbocharged engines, but today feature some of the best interiors on the market. Slide into a finely crafted leather interior and you'll experience one of the ways to experience wine country, in the driver's seat of an Audi.

Rent an Audi today to discover why this German manufacturer is producing some of the best cars on the market. Club Sportiva's inventory changes rapidly, register for free to get updates on new vehicles as they arrive. With Clubhouses throughout California, including locations in Los Angeles, Silicon Valley, Monterey, and Menlo Park@AutoVino, we have just what you are looking for for your next exotic driving experience, corporate event, or weekend getaway.