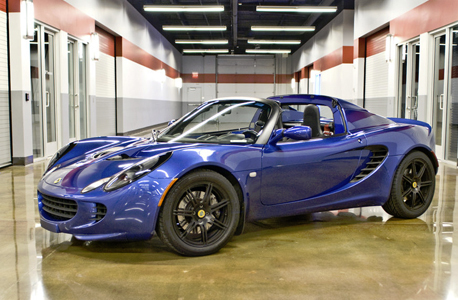 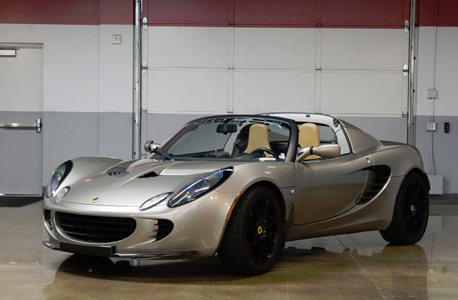 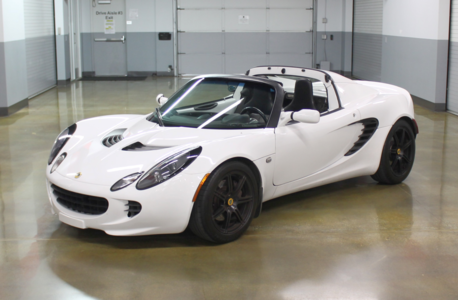 In a small factory in North London an equally small British sports car manufacturer got its start making amazing sports cars. The iconic Elise has always been a key element of Club Sportiva's automtotive selection. Browse our excellent selection of luxury and exotic cars today and you can be behind the wheel of an Lotus tomorrow.

Take a close look at the Lotus emblem and you'll see four letters at the top - ACBC which stands for Anthony Colin Bruce Chapman. Known to most as just Colin, he was the brains behind Lotus from the beginning. While the company doesn't have quite as many decades of history to discuss, it got its start in Chapman's garage around 1948. That was the year he built his first race car and by the 1950s the first factory was built in some stables in North London. Lotus went racing from the very beginning, splitting off their Team Lotus from Lotus Engineering.

Lotus focused not only on producing their own cars, but supporting customers with components for their own projects. Early Lotus cars, like the Lotus Seven, were sold as kits to avoid taxes, but by the early 1970s they began selling the full production Lotus Elan. The mid 1970s saw the Lotus Eclat and Elite added to the lineup and a new production shop in Hethel, where Lotus still resides.

Lotus made waves in the industry with novel use of fiberglass bodies and the integration of racing technologies to road going engines and chassis. A partnership with Ford brought us the Lotus-Ford engines using a Ford block with Lotus head and twin cam valve gear. Lotus also worked with Ford on the successful Lotus Cortina. This era also brought about the gorgeous Lotus Europa, mid-engined sports car originally using Renault power. Lotus sold the rights to the Seven to Caterham, who has been selling them ever since.

The Lotus Esprit arrived in the 1970s, continuing the mid-engine sports car trend and ended up being of Lotus' longest running, and most iconic models. Lotus also produced their own engine, the 900 series, which landed in several other companies cars like the Sunbeam Lotus hatchback and the Lotus Carlton, produced with Vauxhall. By the 1980s Lotus was in financial trouble and sought to increase revenue by further partnerships with other companies. In 1982 Lotus aligned with Toyota and Chapman helped to engineer the MK2 Supra and Celica XX of the time. In return Lotus got drivetrains from Toyota, something that has continued to benefit the company years later.

In the early 1980s, Lotus formed a new American branch and began importing the Giugiaro-designed Turbo Esprit which was an immediate sales success. Unfortunately on 16 December 1982, Chapman died of a heart attack at age 52. This era also saw other problems for the company, as Lotus was unfortunately aligned with DeLorean's legal troubles in the U.K.. Thankfully, in 1983 David Wickins stepped in and took the helm and is credited with righting the troubled ship.

By 1986 Lotus was still seen by many as lacking the investment capital to really be successful, so Group Lotus was sold to General Motors. It was during this time that the attractive-but-FWD Lotus Elan was brought to market. Many look back at the Elan as a budget Lotus roadster, but the layout was never seen as pure as most Lotus automobiles.

Lotus has been sold twice more since then, now owned by a Malaysian car company called Proton. The company has seen fantastic motorsports success, and their road car business has remained consistent since the reveal of the amazing Elise in 1996. Weighing less than 2000 pounds, the Elise is a driving experience like no other. Elemental yet explosive through through the corners, you will find few better experience through the Northern California backroads.

Rent an Lotus today to discover why this historic British manufacturer is producing some of the best drivers cars on the market. Club Sportiva's inventory changes rapidly, register for free to get updates on new vehicles as they arrive. With Clubhouses throughout California, including locations in Los Angeles, Silicon Valley, Monterey, and Menlo Park@AutoVino, we have just what you are looking for for your next exotic driving experience, corporate event, or weekend getaway.