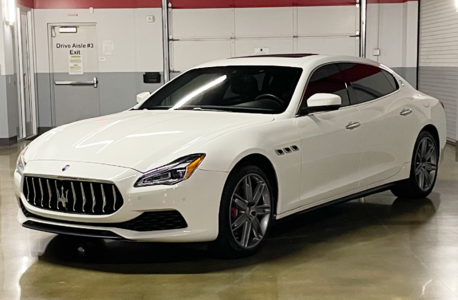 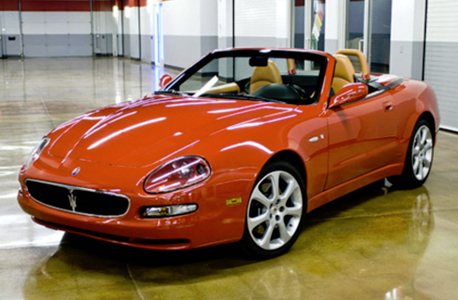 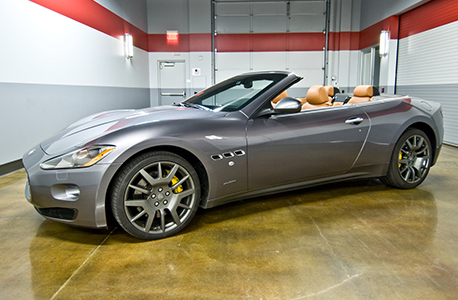 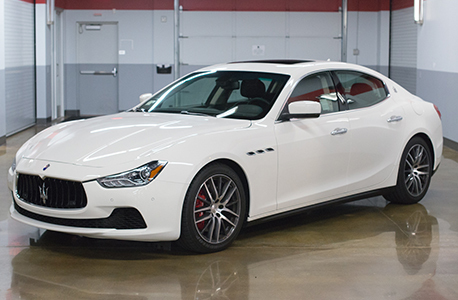 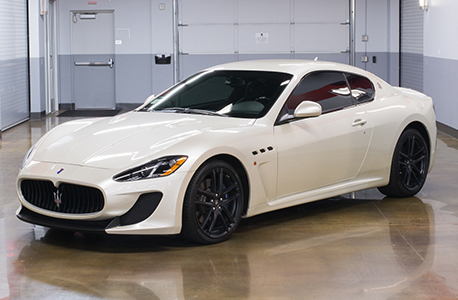 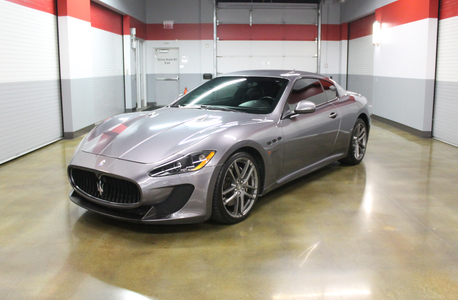 Few cars spur as much Italian emotion as Maserati. From the gorgeous GranTurismo to the latest Ghibli, Maserati has always been a key element of Club Sportiva's automotive selection. Browse our excellent selection of luxury and exotic cars today and you can be behind the wheel of a Maserati tomorrow.

Just like Dodge and Bentley, Maserati's story begins with brothers. In this case however, there were five of them! Alfieri, Bindo, Carlo, Ettore, and Ernesto to be specific. A few of them found work with an Italian manufacturing company called Diatto assembling race cars. Around 1926, Diatto got out of the racing business and the brothers started producing their own racing cars. Maserati was born.

In the the town of Bologna, famed for birthing another supercar company called Lamborghini, there stands a status of Neptune. Situated in the Piazza Maggiore, this statue was used as an inspiration by one of the brothers for the Maserati logo that still exists today. Sadly, Alfieri passed away in 1932 but Maserati soldiered on building amazing racing machines. By 1937, the remaining brothers decided to sell the business to a wealthy Italian industrialist named Adolfo Orsi. Orsi moved the company to Modena, where it remains today, and continued producing world beating racing cars.

After World War II, after the same hiatus that most automakers experienced, Maserati returned to the automotive business, building a successful road car called the A6 in the early 1940s. The company still kept their racetrack focus, adding a bevy of racing minded engineers. By the 1950s they picked up a racing driver called Juan-Manuel Fangio. The Argentinian dominated the first decade of Formula One and is considered one of the best drivers of all time. After the tragic incident at the 1957 Mille Miglia that saw a dozen killed, Maserati withdrew from racing and focused on supporting privateer racers. They also started to take another look at their road car business.

By 1957, they produced the achingly beautiful 3500 GT. Featuring a 3.5L inline six derived from the company's 350S race car, the 3500 GT was a runaway success. Maserati ramped up production and produced variants with coachbuilt 2+2 and convertible layouts. In the early 1960s the 3500 GT evolved into the Sebring and Maserati added the 2-seat Mistral coupe a well as a new sedan called the Quattroporte. The Ghia-designed Ghibli coupé arrived in 1967 and Maserati's lineup was as robust as it had ever been.

In 1968, Maserati joined a joint venture with Citroën that resulted in an eventual takeover by the French company. Citroën got Maserati engines for their road cars, and Maserati got a more secure financial backing to produce their own cars. Cars like the Bora, their first mid-engined car came next and gave Maserati a more modern image among buyers. Cars like the Merak, Khasmin, and Quattroporte II were produced through the rest of the 1960s and into the early 1970s.

During this period, Maserati sold around half of their cars in the Italian market; this meant that the 1973 oil crisis hit the company particularly hard. Without a diversified customer base, there remained a sea of unsold cars. Layoffs and financial difficulties at parent Citroën meant trouble for Maserati. In 1974 Citroën was forced to consolidate into PSA Peugeot Citroën and initiated an abrupt and unexpected liquidation of Maserati began. This created an international incident, and Argentinian industrialist Alejandro de Tomaso saved Maserati with the help of the Italian government. De Tomosa is well known for producing his own cars, like the iconic Pantera.

De Tomaso was also a former racing driver and became the CEO of Maserati. Throughout the rest of the 1970s, Maserati sold cars with a hodgepodge of components and chassis, but always featuring a Maserati engine. Of course De Tomaso built cars of their own, and several shared their platforms with Maserati vehicles like the Kyalami and the third generation of the Quattroporte. A new twin-turbocharged V6 arrived called the Biturbo and ended up being shoved into just about every Maserati during the 1980s. A joint venture, and funding from Chrysler, created the unfortunate Chrysler TC by Maserati.

The modern era at Maserati began in 1993 with its sale to Fiat. Shortly thereafter, Fiat sold half of Maserati to former rival Ferrari (which is also owned by Fiat) and Ferrari immediately invested in Maserati as its luxury line of road cars. The last de Tomosa era car, the 3200 GT was replaced by the Maserati Coupe and Spyder which eventually evolved into the the GranTurismo and GranCabrio that we see in today's showrooms. Of note, the new relationship bore out the amazing MC12 supercar, which was based on the now-legendary Ferrari Enzo. In 2005 Fiat formed the Maserati and Alfa Romeo Group and the renaissance of great road going Maserati's continues to this day with updated versions of the Quattroporte, the smaller Ghibli sedan, and now the Levante luxury SUV. The upcoming Alfieri, named after one of the Maserati brothers, will be a 2+2 GT car replacement for the GranTurismo and GranCabrio.

Rent a Maserati today to discover why this historic British manufacturer is producing some of the most luxurious cars on the market. Club Sportiva's inventory changes rapidly, register for free to get updates on new vehicles as they arrive. With Clubhouses throughout California, including locations in Los Angeles, Silicon Valley, Monterey, and Menlo Park@AutoVino, we have just what you are looking for for your next exotic driving experience, corporate event, or weekend getaway.